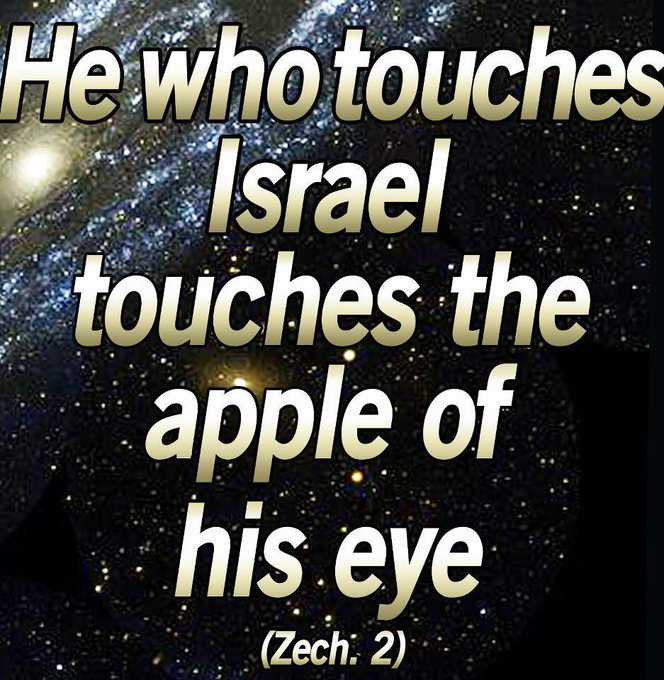 When you read between the lines of the Abraham Accord, you will find wording that briefly yet powerfully states that in order to have gained a peace treaty with the UAE, Israel has to agree on two things. Firstly they would have to give up on all aspirations of annexing anything until at least 2024! Secondly, Israel must agree towards creation of a Palestinian state!! 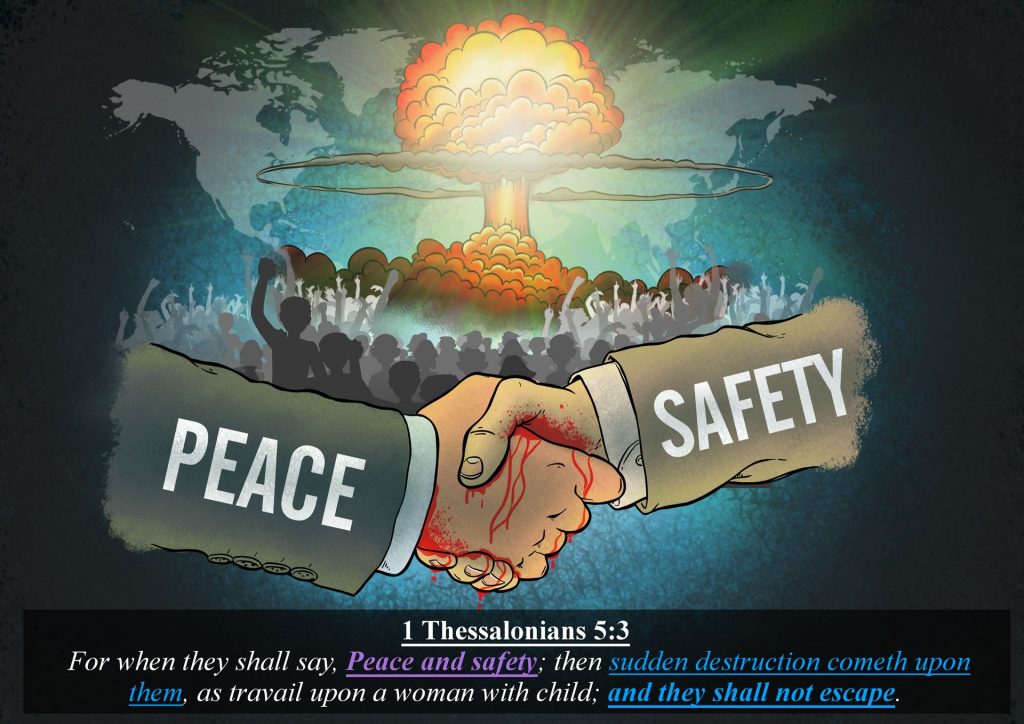 The World calls it the Abraham Accords, but the Word of God the Bible calls it for what it is, a covenant with “death we see exactly what’s happening as to how the Abraham Accords leads the Jews right to the heart of the Daniel 9:27 covenant and uses the Two State Solution to do it!

These news articles say it all!! 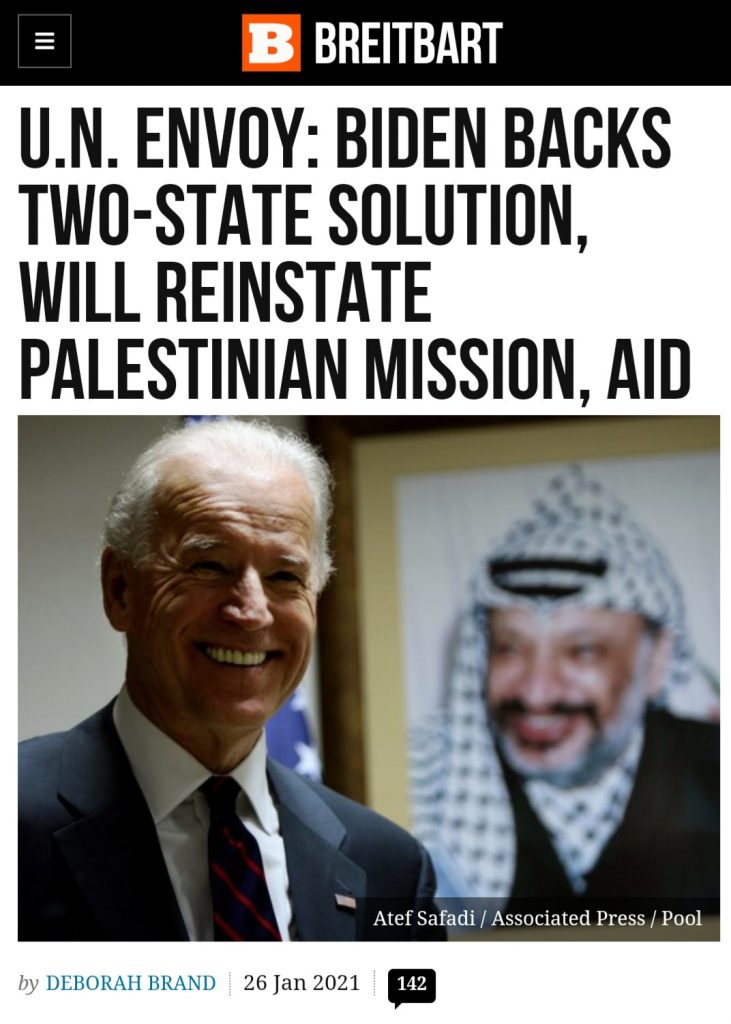 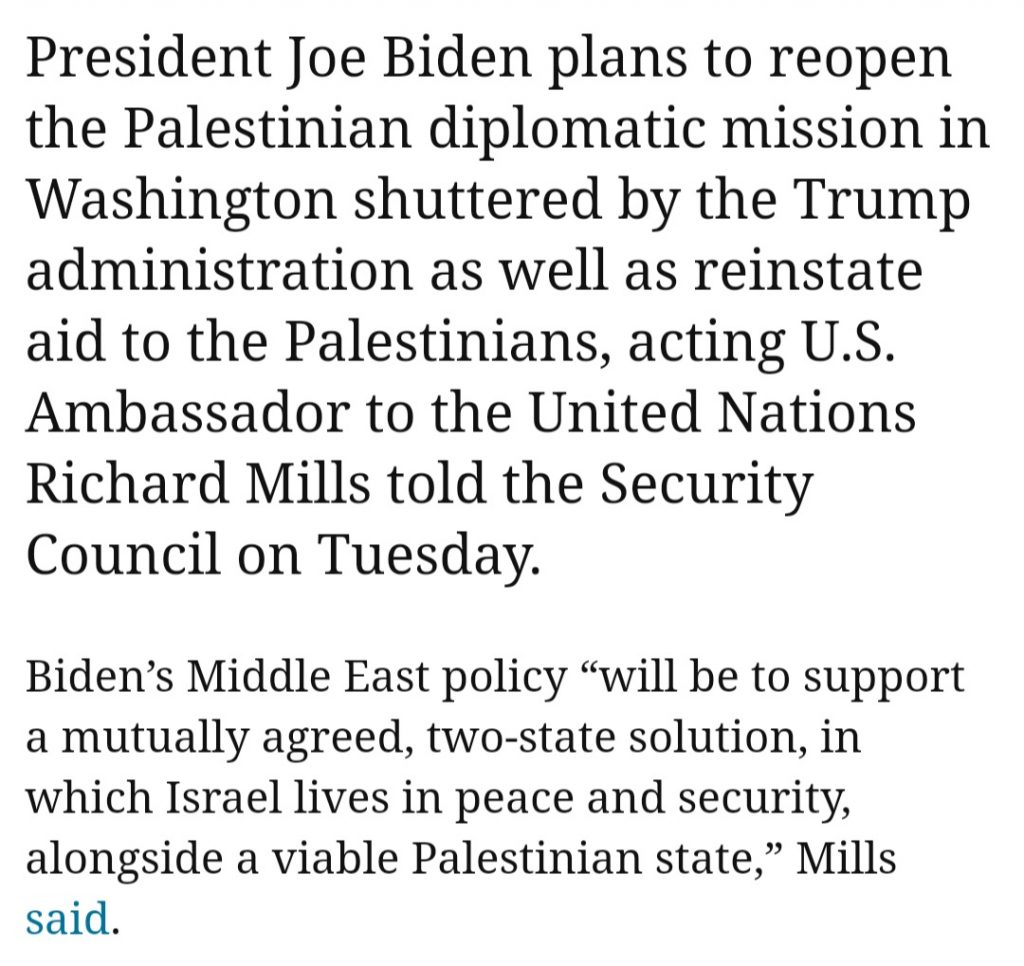 UNSC MEMBERS : ISRAELI-PALESTINIAN TALKS MUST BE BASED ON PRE-1967 LINES!:
“The two-state solution, with Jerusalem as the future capital for both states, is the only way to ensure sustainable peace and stability in the region,” the six EU nations said. 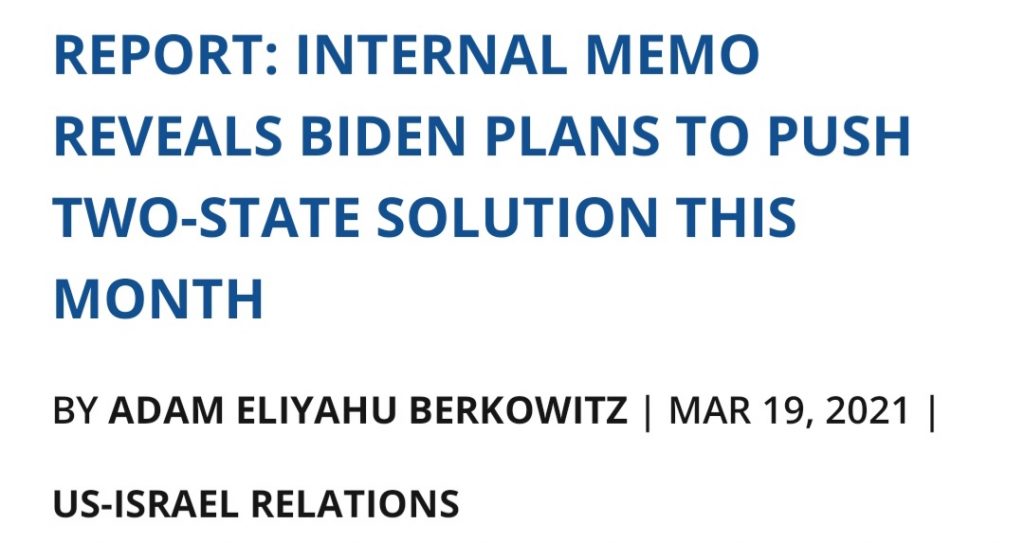 UAE : PALESTINIAN STATE AT ’67 LINES A MUST DESPITE PEACE DEAL PEACE DEAL WITH ISRAEL!:
The United Arab Emirates will insist on a two-state resolution to the Israeli-Palestinian conflict based on the pre-1967 lines in spite of the peace deal it signed with Israel earlier this month, UAE Foreign Minister Sheikh Abdullah bin Zayed told the UN General Assembly on Tuesday.

“The call for the establishment of an independent Palestinian state on the borders of 1967 with east Jerusalem as its capital in line with the relevant international resolutions and the Arab and international consensus will remain a firm demand,” he said.

KING SALMAN REITERATES SAUDI SUPPORT FOR PALESTINIAN TWO-STATE SOLUTION!:
Saudi King Salman has reiterated his kingdom’s support for the establishment of a Palestinian state, with East Jerusalem as its capital, as the basis of any Middle East peace deal, during a speech to the UN General Assembly on Wednesday. 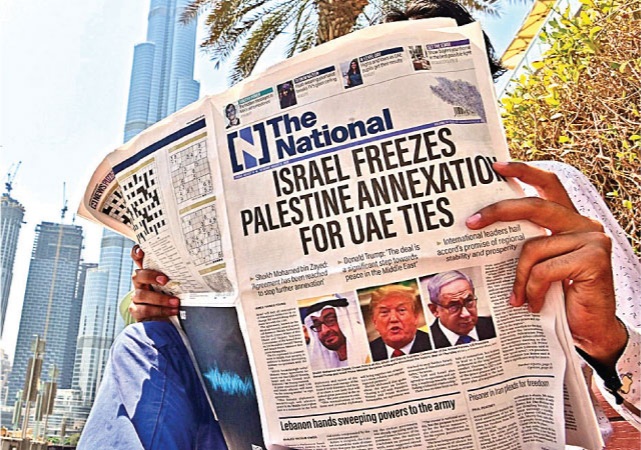 TOP UAE OFFICIAL : PEACE TREATY WILL ONLY REFER TO TWO-STATE SOLUTION INDIRECTLY!:
The peace treaty between Israel and the United Arab Emirates will make indirect reference to the two-state solution, a senior UAE official said Tuesday, a few hours before the historic agreement was to be signed in Washington.
That position is in support of Palestinian rights to a viable, independent state and East Jerusalem that is their capital,” 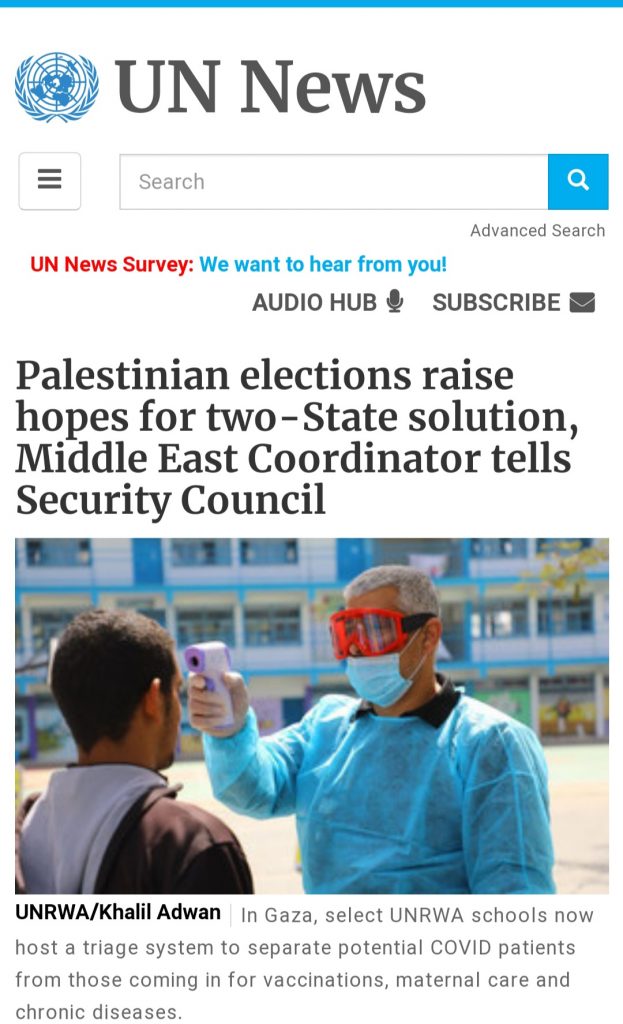 AT UN, JORDAN’S KING CALLS FOR TWO-STATE SOLUTION!:
“The only way toward an end to this conflict, the central conflict in my region, is through the two -state solution in accordance with international law and UN resolutions.”
“The only way toward a just and lasting peace must lead to an independent, sovereign, and viable Palestinian state on the June 4, 1967 lines, with East Jerusalem as its capital, living side-by side with Israel in peace and security.”

ISRAELIS WANT TWO-STATE NEGOTIATIONS, PREFER NEXT DEAL WITH ARAB STATE!:
Israelis want negotiations with the Palestinians based on two-states, but prefer that the next agreement reached should be with a Gulf state, preferably Qatar, according to a poll commissioned by the left-wing Geneva Initiative in conjunction with the Adva Center. 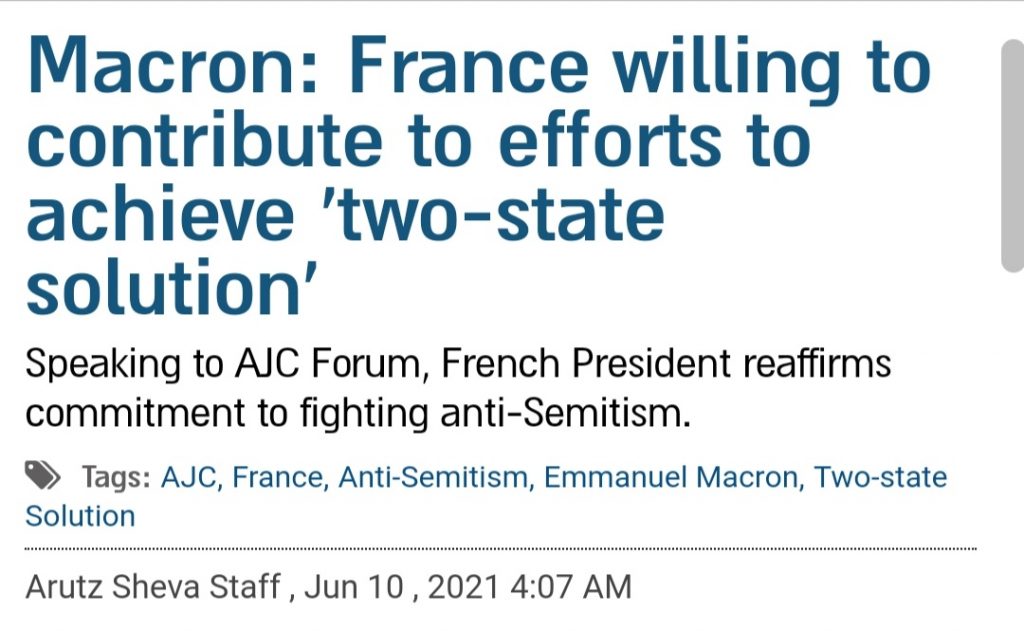 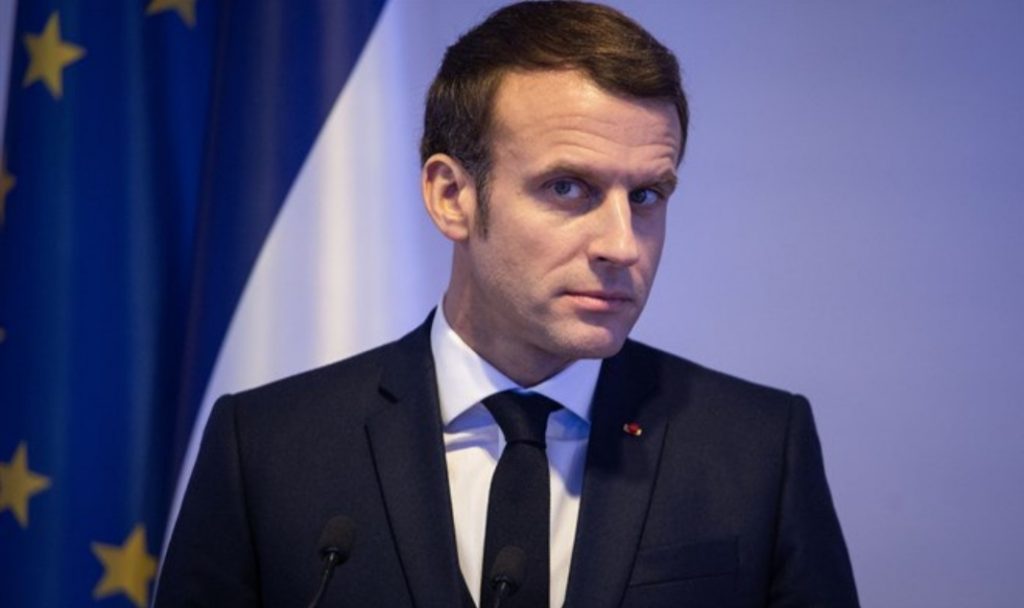 “We know the parameters to reach a two-state solution, and France stands willing to contribute, while respecting the legitimate aspirations of each party,” asserted Macron.

BIDEN’S STATE PICK BACKS TWO-STATE SOLUTION, SAYS US EMBASSY STAYS IN JERUSALEM!:
US President-elect Joe Biden will not reverse Donald Trump’s landmark recognition of Jerusalem as Israel’s capital but will seek a state for the Palestinians, Tony Blinken, his nominee for secretary of state, said Tuesday.

“The only way to ensure Israel’s future as a Jewish, democratic state and to give the Palestinians a state to which they are entitled is through the so-called two-state solution,” Blinken said. 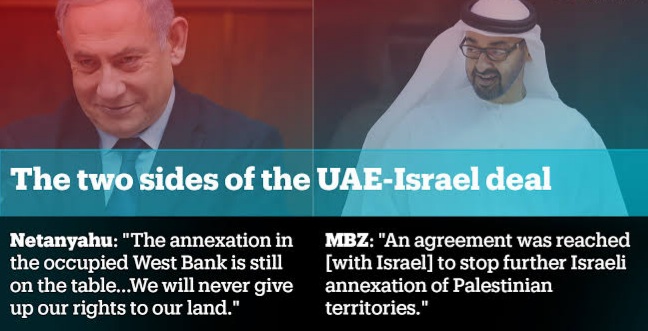 SETTLEMENT OF ISRAELI-PALESTINE CONFLICT BASED ON TWO-STATE SOLUTION: BAHRAIN FM!:
Bahrain emphasizes the importance of a settlement to the Israeli-Palestinian conflict based on a two-state solution, Bahrain’s foreign ministry said in a statement on Sunday citing the kingdom’s foreign minister.

A TALE OF TWO CITIES : HOW THE US MADE ‘UNDIVIDED JERUSALEM’ INTO TWIN CAPITALS!:
On the one hand, Trump said Jerusalem will remain Israel’s “undivided capital,” stressing the word “undivided.” But he also said the capital of the Palestinian state would be “in eastern Jerusalem” which appears to indicate the city will be divided between the two states after all.

UN SECURITY COUNCIL UNANIMOUSLY RE-AFFIRMS TWO-STATE SOLUTION!:
The UN Security Council unanimously decided on Monday to maintain their stance of support for a potential two-state solution to the Israeli-Palestinian conflict along with the establishment of a Palestinian state alongside Israel through direct negotiations between both parties.

JORDAN, GERMANY, FRANCE AND EGYPT STRESS ON TWO-STATE SOLUTION AS KEY TO ACHIEVE PEACE!:
Foreign Ministers of Jordan, Germany, France, and Egypt on Thursday stressed that the resolution of the Palestinian-Israeli conflict on the basis of the two-state solution is the path to achieve peace and regional security.

POPE RENEWS CALL FOR TWO-STATE SOLUTION AFTER MEETING WITH ABBAS!:
In statement, Vatican expresses concern over status of Jerusalem; ‘We are counting on you,’ Palestinian leader tells Francis! The Vatican said the talks focused on efforts to reactivate the peace process “and to reach a two-state solution, hoping for a renewed commitment on the part of the international community to meet the legitimate aspirations of both peoples.”
A Vatican statement said Jerusalem must remain a holy city for Christians, Muslims and Jews.
“Particular attention was reserved for the status of Jerusalem, underlining the importance of recognizing and preserving its identity and the universal value of the holy City for the three Abrahamic religions,” the Vatican said, according to Reuters.

God has an everlasting covenant with the nation of Israel!! The Bible predicted their exile from the land and their return back just prior to the 2nd coming of Jesus( Amos 9:14-15 ; Isaiah 11:11 ; Ezekiel 20:34).The rebirth of the nation of Israel which was not in existance for over 1900 years and coming back into existence was prophesied in Isaiah 66:8.
Just as Isaiah 66:8 says, on May 14, 1948, Israel became a nation in “one day.” This sign alone tells us we live in the last days before Jesus’ return to earth! 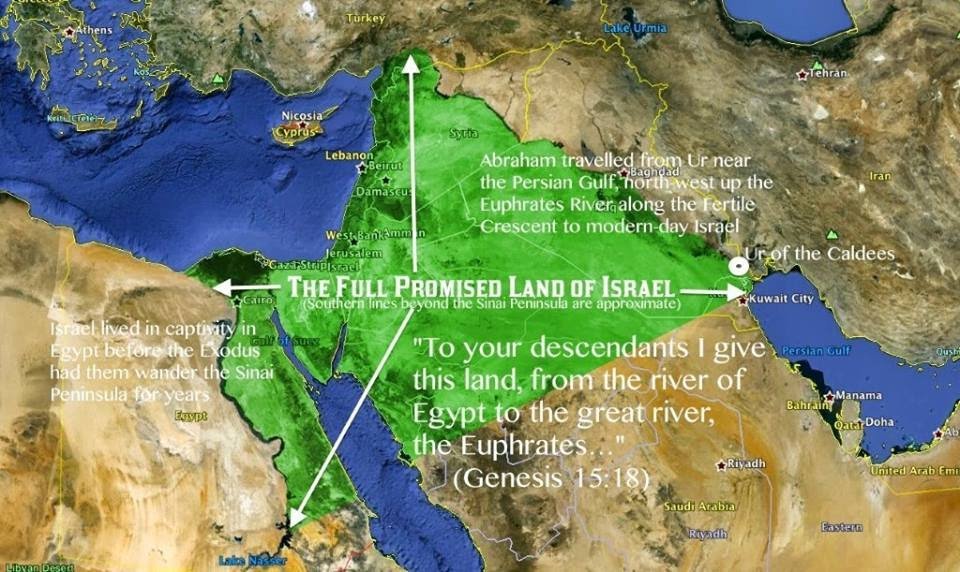 There has always been international pressure on Israel to carve up the Holy Land like Edward Scissor-hands on a soft pumpkin continue as the nations are calling for Israel to withdraw to the 1967 borders. Nearly every world leader — and certainly every American president since 1967, when Jerusalem was recognized as the capital of Israel — has demanded Israel give up significant amounts of territory within Judea, Samaria, and the Golan Heights in order to create a sovereign Palestinian state side by side with Israel and make peace with Syria. We are a part of the generation that has seen Jerusalem come to international significance being recognized as the city in Israel by all nations.

The Bible speaks of the destruction of all nations that come against Jerusalem in the book of Zechariah chapter 12!
The Bible very clearly specifies that destruction will come upon the nations that try to divide Israel! 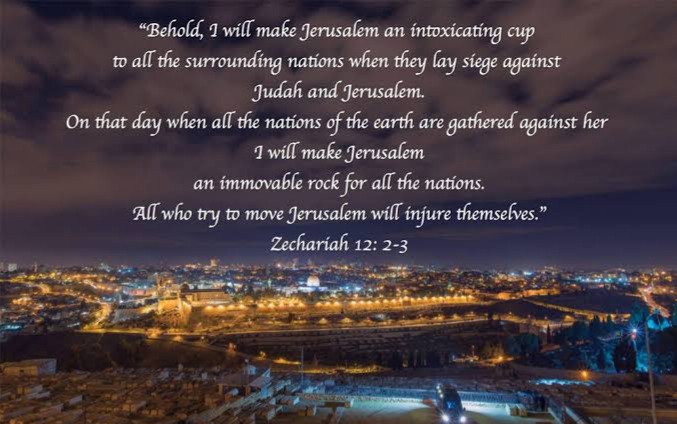 This is direct defiance of the Holy Scriptures going against the everlasting covenant between God and the apple of his eye, the nation of Israel!!

This would draw judgement of the Lord against the United States and other countries involved in the process!!! 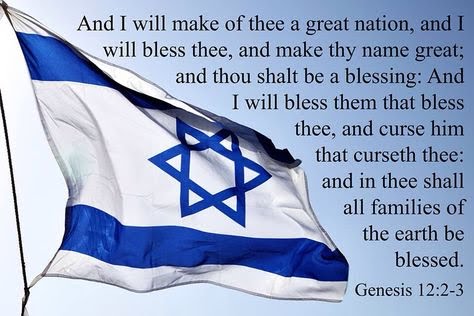 And if Israel is about to take center stage, where does that put the Church in God’s timetable? 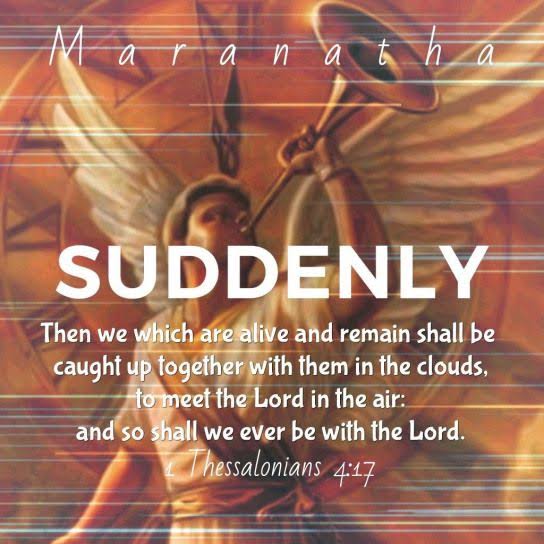 We are on the cusp of the Rapture!